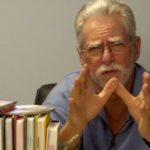 I know exactly what I am talking about in today’s message as I dodged a bullet just last week. Let me share my good fortune with you.

Months ago I was contacted and requested to send a proposal regarding an upcoming assignment. By my calculations, this is what I categorized as a “significant” project as measured by net profit.

My ducks were all in a row and remember, because they contacted me, I felt pretty confident as to the eventual outcome.

Then, nothing happened. For weeks. I heard nothing.

I followed up with an email and was told they were still reviewing the project and that they would get back to me accordingly. Then, nothing happened. For weeks.

The silence alone turned me cold on this particular project as that nasty little voice inside of us all began speaking negatively to me. The lack of response clearly indicated a lack of interest … or so my little voice kept telling me.

It was time to send that email … the one you should never send. I wrote it, and then by some quirk of fate, I decided to send it to a friend first to check my tone. I was immediately told “don’t even think about sending that email.”

I softened my approach as a result of this advice and hit the button. Away it flew with no way in heaven or on earth to retrieve it once the button was clicked.

Within minutes I received response indicating that the recipient of my email had been trying to contact me via email for days. The glitch was they were sending emails to my Blackberry address and I was not receiving them for some reason or another. I checked, and sure enough, my prospect’s emails were buried in the email graveyard lying in wait.

If I had sent my original email it would have put an end to any relationship that had any chance in developing. As luck would have it, the client was indeed interested in my services and it looks like we are going to put together a deal in the very near future.

There you have it. One very live example of pulling in your reigns before shooting off a letter, phone call or email under any form of duress whatsoever.

Another lesson relearned … by moi. Please learn from this near miss. Your very future may depend on it.

Today’s Message in a Nutshell:

Never, ever, ever send an email unless you are feeling confident, bright, intelligent, squared away and in a good mood. You can write it, but don’t send it.