Take your vacation, or die?

That is the question you should ask yourself every time you put off taking a vacation.

Here’s the deal. Studies have shown that not taking vacations is linked to health problems. And if people skip vacations, there’s a chance that they may die younger than those who don’t.

I think employers should be required to post warning labels in the workplace similar to those on cigarettes packs. I’d love to see a big sign in the break room that reads: “WARNING: Working too many weeks without a vacation is going to kill you. Seriously, you are going to die from it.”

We are all well aware that stress is harmful to our health. It causes problems ranging from ulcers to body aches to insomnia. Vacations are one of the major antidotes to stress.

Travel: Relax, it’s only a vacation 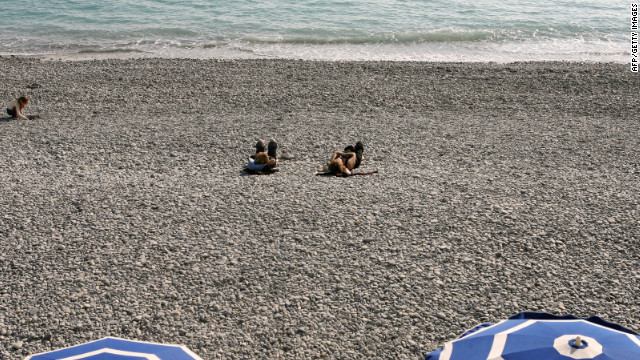 One study found that men at high risk for coronary heart disease, and who failed to take annual vacations, were 32% more susceptible to dying from a heart attack.

Another study compared women who vacationed at least twice a year to those who took one every six years or less. Astoundingly, the women who did not vacation annually were almost eight times more likely to develop coronary heart disease or have a heart attack.

As a nation, we are obsessed with work. Some view taking a vacation as a sign of weakness. Others who haven’t vacationed in years see it as a badge of honor. And still others apologize for taking a vacation, as they feel guilty for taking time off even though they have earned it.

The average American worker has 14 vacation days per year, but most only use 12 of those days. Worse than that, about 25% of Americans don’t take any vacation at all. The U.S. is the only industrialized nation in the world that does not legally require workers to be provided a set number of paid vacation days.

This is in stark contrast to Europe where the European Union mandates that workers be provided with 20 paid vacation days every year. Anyone wants to guess which place has higher life expectancy: U.S. or Europe? European countries win, of course. In fact, the U.S. is 28th in the world in life expectancy.

If saving your life isn’t enough of a reason to take a few vacations, here is another: People who take annual vacations are more productive.

A 2010 study found that 35% of Americans feel better about their job and are more productive after a vacation. Vacations have been found to help us recharge — we sleep better during them and for a period of time afterwards. And our brain responses become quicker after vacations.

As difficult as it is for some to believe, working more hours does not necessarily translate to a better bottom line or higher productivity. For example, Greeks work the most in Europe — averaging 2,017 hours per year. Yet, they are no better off as their economy is a wreck.

Now take a look at Germany — Europe’s economic powerhouse. I’m sure some would guess that the Germans work longer hours. Wrong. Germans work on average 1,408 hours per year, placing them second to last among the 25 European nations in hours worked annually. They also receive on average 30 paid vacation days a year — the most in Europe.

A vacation doesn’t have to be two weeks on the French Riviera. It can be a trip to the Jersey shore — the real one, not the one with Snooki and Mike “the Situation.” It could be a camping expedition or a few days in the mountains.  The point is — it could be as adventurous or low key as you want it to be.

I have seen first hand the consequence of not taking regular vacations. My father — the workaholic — hated vacations. He refused to take them on annual basis. Sadly, he passed away some years ago after his third open heart surgery at a much younger age than his peers. There’s no doubt that stress reduction — such as yearly vacations — could have extended his life.

So if you’re thinking of skipping your vacation, it’s not too late to change your mind. The summer just started. You’ll feel better rested, healthier and more productive.

Or, you can choose to keep working non-stop like a hamster running on a wheel that keeps going faster and faster. Until, finally, one day, you collapse, are carried off on a stretcher, and replaced by a similar looking creature.

What’s it going to be?