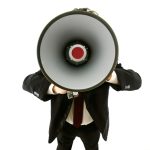 Today’s video introduces two reminders that I feel are extremely important. The first one reminds us of the Law of Attraction while the second reminds us of how to use just three questions to position strangers for future interaction. Let’s look at one at a time.

Back in my early school days, I remember the day like it was yesterday, when I first found myself attracted to a member of the opposite sex. And it wasn’t my idea.

It was my experience that on, or around the age of ten, I had my first “crush”. A very interesting thing happened as soon as I learned that somebody thought I was pretty cool. I immediately returned the feeling. “If Mary liked me, then I liked Mary.” Not knowing it at the time, a great sales lesson was being introduced to me in disguise. A lesson that would hold true for the next 50 years, and then some.

In short, people usually like the people who like them. It is just as important to highlight that the opposite holds true as well. People do not like people who do not like them. This little factoid is BIG. MAJOR. SIGNIFICANT. You can take this to the bank.

Part 2: When you meet people for the first time they will automatically cross over from “stranger” to acquaintance. So, in order to move the relationship even further into the plus column, I want you to imagine the following:

When people meet you for the first time, imagine that they will be asking themselves three questions:

3. Do they care about me? Everybody is a VIP in their own mind. Indicate that you care by focusing on them and asking questions concerning their past, present and future. Then, and this should come as no surprise, listen to what they have to say.