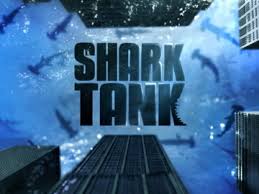 Although I am not a big fan of television, I found myself channel-surfing last night when I came across The Shark Tank. Hopeful entrepreneurs plead their case in front of four potenial investors in hope of gaining a little interest in the form of “cash” in return for giving up a percentage of ownership.

One fellow approached the panel and suggested that his new idea would (could) compete with FedEx. Politely, but with a certain degree of alacrity this fellow was dismissed, sans monetary contribution.

The send-off phrase that caught my attention, (and made me think of you) was the folloowing: “I don’t see any real differentiation. You don’t have a tightly focused positioning statement that CLEARLY shouts … use me.”

And so it goes my travel agency brethren and brethrenettes. With so much commonality in your business, you NEED to spend more time and effort in defining your TRUE competitive edge. You NEED to arrive at a positioning statement that makes your audience say, “I get it. I want to work with these guys (guyettes.)

Sound simple? Sound easy? Sound over simplified? Then start crafting your statement at once.