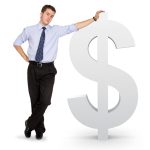 I recently reported on an article I read in the Florida Sun Sentinel.

It involved customer service and this particular article featured the DHL Freight & Shipping Company as an example of how to do things right.

Well, as I might have expected, in came a few emails with examples to the contrary as far as DHL’s professionalism and care for their customers were concerned.

I am sure that a company the size and width of DHL, one could expect a few balls to drop now and then. But that is not the point of today’s minute.

The motto that apparently got DHL to where they are today was quoted as being, “I’m on it.” This is another way of saying “the buck stops here.” As the Ritz Carlton Hotel Chain proudly states, “You tell me your problem I just bought it.”

Here is my point from all this gibberish.

DO WHAT YOU SAY

YOU ARE GOING TO DO.

Doing so, doesn’t mean that you are going to heaven. But not doing so positions you as just another slug a long the stressful, anxiety stricken, problem-laden path pointing toward the promise land.

You want to stick out like a sore thumb? Do what you advertise.