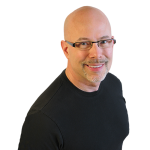 I love a good pun, and double-entendres always make me smile.  I’m especially fond of the ones that prove a point or make you think.  “Believe-able or Doubt-fail” is one of my favorites.

In a recent episode of The Mike and Nolan Show (mikeandnolanshow.com) we discussed the importance of believing in your own value.  This is absolutely critical when it comes to success with fees!

On the show, I mentioned that I’ve been hearing from more and more agents who are succeeding with professional fees.  While most were in the $75 to $100 category, some were in the stratosphere.  One collects $500 for every consultation.  Another charges $750, and the top (so far) earns $1,000 for the same thing many struggling agents give away for free every day.

After the show hit the Internet, my email inbox began to fill with messages.  There were many wonderful success stories.  Unfortunately, most said they either didn’t believe me, or they doubted that any agent could succeed at charging such high fees.  One even said: “it’s impossible and you should stop spreading your harmful lies.”  Fascinating.

I could publish email copies, photos or even videos of clients happily handing over $1,000 to prove that it’s all real, but it wouldn’t matter.  Doubt is rarely influenced by evidence.  Luckily, neither is belief.

The $1,000 agent doesn’t require the belief of doubters.  She need only believe in herself.  Believe-able or doubt-fail.  Which will you choose?