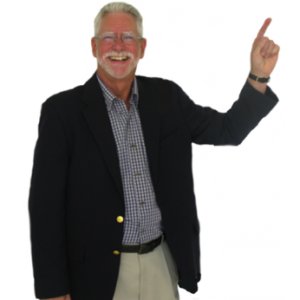 I’ll Say It Again:
Failure Can Be Your Best Friend.

For those of you who have better things to do, I’ll hit you with the Cliff Notes version of my “thought-for-the-day” right out of the starting blocks.


[Before I tell you what’s on my mind, I want to share a funny story with you. Well, maybe it is not funny but it certainly is amusing … to me.  As soon as I finished my first draft of this article I spotted an MSNBC video interviewing a man who recently wrote the book titled “Fail Up.”

Once again, I have been beaten to the punch. I am not insinuating that this guy stole my banter, but it is true that for years I have been suggesting that to succeed faster you must fail faster. I wish this man well.]

From the very beginning we were taught that the kudos, applause and accolades came attached to a symbol that represented the letter “A.”  A “B” was also okay. A “C” was tolerated and a “D” was frowned upon. Forget about the letter “F.” An “F” represented “failure.” (This very well could have been where the term  “FUHGEDABOUDIT” originated.)

I never could get my hands around this social practice. All an “A” did was tell a kid that he already knew what he already knew. On the other hand, an “F” told me exactly what I didn’t know and what I needed to learn. It was a sign directed toward future success. It was a tool I could use to improve myself while the “A” kids enjoyed their celebratory ice cream cones.

That is when I first realized that the faster I failed, the quicker I learned what it was I needed to know. (Okay, okay. It also taught me that a little less baseball and a little more library could also possibly make a difference.)

But that was then … and this is now. “Where is the meat?”

Adults, somewhere along the line, found that they could raid the cookie jar without asking permission and they have come to believe that “failure” is not for them.

They heard from some smart guy once upon a time that “failure was no option,” and they liked the sound of this philosophy. Ladies and gentlemen, get ready for a profound wake-up call. Failure is your only option … if you want to become more successful.

Allow me to put a Band-Aid on your hurt pride so you don’t start sending me threatening emails. Total Failure should not be in your game plan. That occurs when you pack up your tent and quit for good. I’m talking about getting out of your comfort zone and skinning your knee … not jumping out of an airplane without a parachute. There is a difference … I have been told.

As an adult you assume a squared-away appearance with your immediate family and friends. You “role-play” a person who has it all together. This has cost you dearly as far as I’m concerned, and it will continue to cost you if you don’t immediately take on a more inquisitive posture. Remember Columbo? He asked question after question as if he knew nothing. He then cracked the case by playing stupid.

Asking questions is only one aspect of the learning curve. Another important element involves trial and error. Yes, I said error. This is a synonym for failure. (If you played more baseball you would know exactly what an “error” was.)

Let’s cut to the chase so as not to totally screw up this good looking Sunday morning by pounding my keyboard to death. Get ready. Take aim, and fire. Pull the trigger. See firsthand if your aim is any good. Find out sooner rather than later if you were indeed ready. Take heart knowing that you have plenty of bullets left after you manage to squeeze this one off.

If you want to know the history behind my laugh-a-minute philosophy and why I consider myself to be the most successful person in American History, it is because I screwed up the old mantra years ago and have lived to talk about it.

Hey! As long as you outlive your bullets, this philosophy is a winner. Now, I am going to download the book “Fail Up” by Tavis Smiley to see what else this guy “borrowed” from me. I’ll keep you posted.

Mike Marchev is a popular motivating speaker who has a reputation for telling it like it is. You can sign up for his 7 Free Marketing Lessons at mike@mikemarchev.com

This headline appeared in today’s Sun Sentinel Newspaper. You remember[...]

You Can Thank Me Later

As sales and marketing advice goes, this may very well[...]

Marketing Is Not For The Lazy

Why is building a profitable business so difficult? This is[...]